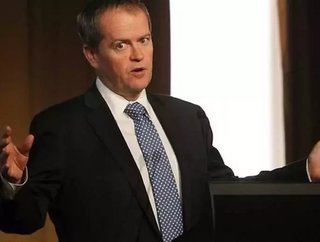 Two mining sector taxes that have been controversial since their start will likely be repealed later this year. The taxes were implemented during the La...

Two mining sector taxes that have been controversial since their start will likely be repealed later this year. The taxes were implemented during the Labor Party’s tenure in office, while the mining boom was in full swing.

Australian legislators approved the “super profits” tax on iron ore and coal producers during the decade-long mining boom the country experienced. The tax to Australia’s two most lucrative exports and a tax on carbon emissions were met with strong dissent from top mining companies and interested lobby parties.

"This was a bad idea that reduced Australia's ability to compete with other countries," chairman of the Minerals Council of Australia, Andrew Michelmore, said. "It was growth in mining exports, principally coal and iron ore, [which] helped Australia through the worst of the global financial crisis."

Those opposed to the carbon tax have commented that cost has increased for both the industry and public because of the legislation, and little has been achieved as far as cuts to emissions go. And global mining giants with operations in Australia – like BHP and Rio Tinto – have agreed, further explaining that the taxes are out of line for this time period after the mining boom.

The recent impact on the mining industry has been widespread. A deflation of metal and coal prices has stymied much of the boom’s energy in mining, so much so that one-third of major resource projects t hat had originally been approved since October have either been shelfed or cancelled altogether.

Current Prime Minister Tony Abbott made abolishing taxes a cornerstone of his campaign to win him and the Coalition the election. However, recently many are wondering if Abbott will be able to make true on his promises. Independent lawmakers like Clive Palmer and his party are in opposition to the repeal of the taxes; with the balance of power leaning away from Abbott in the upper house come July, it will be interesting to see if the legislation will hold.

"There was an opportunity to tell the world that an industrialised country like Australia was not headed backwards on the environment," Pearson said. "That's now been lost."

"The mining tax, I suspect, will be repealed despite Labor's position," Shorten commented recently at a meeting of mining executives in Canberra.