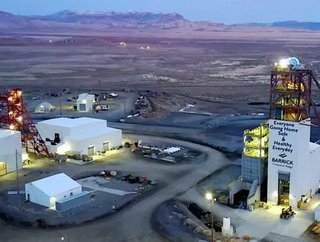 Barrick Gold and Newmont Goldcorp have announced the successful creation of Nevada Gold Mines.The new company, owned 61.5% and operated by Barrick, and...

Barrick Gold and Newmont Goldcorp have announced the successful creation of Nevada Gold Mines. The new company, owned 61.5% and operated by Barrick, and owned 38.5% by Newmont Goldcorp, was officially launched today.

The new joint venture will rank as the largest global gold producing complex by a wide margin, with three of the world’s top 10 Tier Onegold assets (Goldstrike/Carlin, Cortez and Turquoise Ridge/Twin Creeks) and potentially another one in the making (Goldrush).

Its assets in North-eastern Nevada comprise 10 underground and 12 open pit mines, two autoclave facilities, two roasting facilities, four oxide mills, a flotation plant and five heap leach facilities. In 2018 these operations produced a total of 4.1 million ounces of gold, approximately double that of the industry’s next largest gold mine (Muruntau in Uzbekistan).

Barrick President and Chief Executive Officer Mark Bristow, who is chairman of the new company, says the establishment of Nevada Gold Mines was designed to combine arguably the industry’s best assets and people in order to deliver the best value to stakeholders.

“Its creation was driven by a compelling logic which had long been evident to all but had been elusive for two decades until we finally achieved a breakthrough this year,” Bristow said.

“Over the past months we have selected and set Nevada Gold Mines’ leadership in place. The company now has one team that shares one vision, and who are more than ready to race out of the starting blocks. We have also identified the very significant synergy opportunities which are immediately available and those which have been targeted for the future.”

Gary Goldberg, Newmont Goldcorp’s Chief Executive Officer said, “This innovative joint venture represents a unique opportunity to generate additional long-term value for our shareholders, employees, and the communities of northern Nevada.  By combining our assets and talent in Nevada, the joint venture will extend safe, profitable and responsible production much further than what each company could have done on its own. We look forward to actively participating in and supporting the JV to deliver a positive step-change in results.”

Identified synergies are expected to deliver up to $500 million per year over the first five years from 2020, stepping down over time after that. These will come mainly from integrated mine planning, optimized mining and processing, cost reductions and the combination of the adjacent Turquoise Ridge and Twin Creeks, which will be operated as a single mine. Second half guidance builds in those synergies that the company believes it should be able to realize within the next six months, representing approximately half of the targeted annual cash flow improvements. With the closing of the JV now complete, the company will look to incorporate further synergies to benefit 2020 and beyond.

Bristow noted that the Nevada Gold Mines management team included executives from both joint venture partners. The Executive Managing Director is Greg Walker, formerly head of operations and technical excellence for Barrick’s North American region. Barrick has three board seats and Newmont Goldcorp two, with the board supported by technical, finance and exploration advisory committees on which both companies have equal representation.