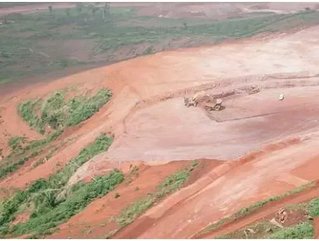 Endeavour Mining, the Canadian mining company, has announced that mining operations have successfully restarted at its Boungou mine in Burkina Faso, following the mobilisation of the West African mining contractor and completion of infrastructure and operating improvements.

In a statement, Endeavour adds that it has confirmed potential annual synergies of £27 million to £30 million during its SEMAFO integration process, following its acquisition of the latter in July this year. The identified synergies are in the areas of procurement and supply chain optimisation, corporate and in-country G&A savings, centralisation of technical services and functions across the group, the statement says.

It is estimated that 60 percent of these synergies will be progressively unlocked by year end 2020 and the remaining next year.

Sébastien de Montessus, President and CEO of Endeavour, states: “We are pleased to have restarted mining operations at Boungou which marks a significant milestone in the integration process. The newly acquired assets are now well embedded into our West African operating model which is centred on an agile and streamlined management approach, based on empowered decision making at the mine level with shared regional support functions.

“In addition to the significant procurement, supply chain, and G&A savings, we are also seeing the benefits of softer synergies that arise from being the largest gold producer in Burkina Faso, such as a further strengthening of our partnership with the government and an enhanced ability to manage risks across the business.”

Endeavour adds that the Boungou plant has been processing stockpiles since early 2020. Following the acquisition on July 1, a range of infrastructure improvements have been implemented, along with new security and operating procedures for the mining restart program.

In early September, Endeavour awarded the mining contract for the Bougou mine to SFTP Mining, a West African mining contractor, who also provides mining services to its Karma mine. SFTP immediately began to mobilise mining equipment and personnel, and in order to accelerate the restart, purchased a portion of the on-site fleet from the previous contractor.

The mobilisation of the remaining equipment is expected to be complete within the coming weeks. Local recruitment for the operation of the mine has been prioritised, with training currently in progress, the statement adds. Approximately 1,100 people, including subcontractors, will be employed by the mine.

The Boungou mine is now expected to achieve the top half of its 2020 production guidance of 130-150koz at an AISC of $680-725/oz due to the addition of high-grade mill feed from freshly mined ore. Exploration activities are expected to resume in Q4-2020, targeting near-mill targets, Endeavour adds.

As part of the restart plan, Endeavour, in close partnership with the Burkinabe government, has implemented a comprehensive security plan which is consistent with its approach at its other operations and takes into account the unique conditions in eastern Burkina Faso. The Burkinabe government has also created a dedicated unit assigned to work with Endeavour to ensure the overall security of the mine and the region.

Security improvements at Boungou conducted by Endeavour include upgraded site infrastructure, detailed site security plans, and an improved approach to the movement of employees, supplies and material. Endeavour also completed the construction of an airstrip to fly staff from Ouagadougou and Fada to site.

On-site employee housing has also been expanded to accommodate all local and expatriate employees within the site security perimeter during their rotation. Endeavour has contracted a local company to improve the maintenance of the roads, particularly during the rainy season.

Endeavour has also launched a study to improve the road infrastructure and traffic conditions on two key roads, RN19 and RR28, in consultation with the relevant authorities, potential partners and international donors. These improvements will also help foster economic development in the region, the statement concludes.