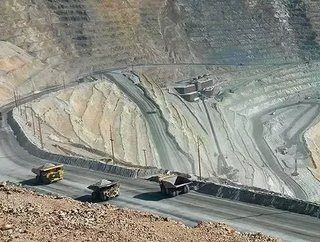 The Australian lithium developer has announced that it is open to selling its noncore silver assets, and has received expressions of interest for Blueys...

The Blueys silver project is located an hour and a half from the town of Alice Springs in the Northern Territories. Drilling had previously produced grades of up to 1,000 g/t silver and 17% zinc and lead. Core also found very high grades of 4,500 g/t silver and 10% copper in rock chips at the surface.

Core’s managing director Stephen Biggins commented that the company’s management team was open to selling its silver assets, in light of the current silver price and the prospectivity of the silver assets. He added: “We are pleased to have received this interest in our noncore silver assets and will carefully consider the best course of action with a view to generating the maximum value out of these assets for our shareholders.”

“As we have stated, we remain committed to progressing activities at our flagship Finniss lithium project, in the Northern Territory, which was recently the subject of a A$5-million concessional finance facility through the Northern Territory government’s Local Job Fund. “We look forward to updating shareholders once we have carefully explored our options for these silver assets.”

Divesting itself of the Blueys silver project would also allow Core to focus more on developing the company’s flagship project, Finniss Lithium, also in the Northern Territories. The company recently announced that it plans to update the definitive feasibility study for Finniss, to include an increase to its production capacity, and assessing its grid connection to reduce the company’s emissions footprint.