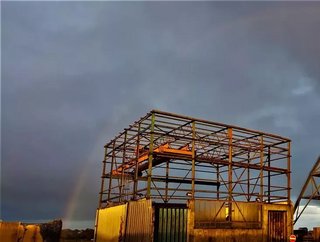 Cornish Metals releases updated resource estimate for South Crofty tin-copper mine in Cornwall, UK showing it to be 10% richer than anticipated

Cornish Metals has updated the resource estimate for its South Crofty project in Cornwall, UK. The Canadian junior, formerly known as Strongbow Explorations, has been working to re-open the mine which closed in 1998 following over 400 years of continuous production.

“We are very pleased with the outcome of this new Mineral Resource Estimate, which shows a material increase in both tonnage and contained tin in the ground at South Crofty,” commented Richard Williams, CEO of Cornish Metals.

“Following on from our successful surface drilling campaign in 2020, where we intersected high-grade tin mineralisation below the historical workings, this new Mineral Resource Estimate confirms our belief in the resource expansion potential at South Crofty.”

“Coming at a time when governments around the world are increasingly focussed on reducing carbon emissions, enhancing security of supply of critical minerals, investing in technology and developing the green economy, this is a further demonstration that Cornwall has the potential to become a significant tin producer once again and make a valuable contribution to providing the responsibly sourced technology metals that we need to meet our climate change goals.” Cornwall at the epicentre of the UK mining industry’s renaissance

The UK’s Department of International Trade (DIT) has identified Cornwall's mining sector as a High Potential Opportunity for investment, noting the ability to supply more than half of Britain’s lithium needs and other significant high technology metals.

Cornish Lithium has announced the completion of its geothermal water test site where it will trial direct lithium extraction (DLE) technologies at its lithium in hard rock Trelavour project.

Cornwall has the potential to supply two-thirds of Britain's lithium needs - the equivalent of one million electric vehicles per year, which will greatly assist in the government’s planned phase out of new petrol and diesel cars by 2030.

Darryn Quayle, Mining Engineer & Specialist at the Department for International Trade, commented: “Cornwall not only has the natural resources to meet growing demands for high technology metals, the world-leading mining expertise in the region offer easy access to international networks. As the UK moves towards net zero, Cornwall will be at the heart of the extraction of high-technology metals, growing our economy and establishing a secure and responsible UK supply chain.”

Since acquiring the project in 2016, Cornish Metals has completed and published maiden NI 43-101 mineral resources for South Crofty using the vast archive of historical production data and more recent drilling completed between 2007 and 2013. In 2017, Cornish Metals completed a Preliminary Economic Assessment that demonstrated the economic viability of re-opening the mine.