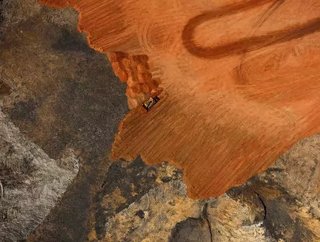 The historical change which occurred in Zimbabwe in November 2017, with President Emmerson Mnangagwa succeeding to the premiership of the country, has l...

The historical change which occurred in Zimbabwe in November 2017, with President Emmerson Mnangagwa succeeding to the premiership of the country, has led to waves of confidence around the potential for genuine change. When combined with the accepted prospective nature of the country’s geology this could well be an interesting time for the development of the mining industry.

These themes were dominant in the Zimbabwe Mining Investment Conference held in Harare on 27-28 February.

By far the most touted mantra at the conference was “Zimbabwe is Open for Business”. An easy phrase to say but one which requires significant detail and planning for implementation, particularly in a jurisdiction such as Zimbabwe where root and branch reform is required. The three key components to the development of a mining industry are prospective geology, Human Resources and capital. It is widely accepted that Zimbabwe has the first two. There remains a chronic lack of capital though, particular from international sources.

By one estimate $7 billion in capital is needed to fund immediate capital expenditure requirements if the mining industry in Zimbabwe is to return to anything like its former self. Exploration in particular has been starved of funding for more than a decade and many feasible operating projects remain on care and maintenance. Traditional sources of finance for investment in the African mining industry include the equity markets in London, Canada, Australia and elsewhere as well as debt financing from DFIs, other official lenders and commercial banks. All of these were either represented or discussed at the conference.

The political upheaval in Zimbabwe, when combined with the potential for the mining industry, has certainly attracted the attention of capital providers. However, and notwithstanding the obvious enthusiasm exhibited at the conference, the constant theme from those speaking about the availability of capital was that mining is a global industry. Those providers, including multinational mining companies, have many projects in many countries vying for investment. Zimbabwe does have excellent deposits which can be exploited at a highly economic cost but that in itself will not produce investment.

Commentators at the conference pointed to the multiple issues which needed to be dealt with and underscored that substantive progress would need to be seen in dealing with those issues before the investment tap would be turned on. Beyond endemic historical issues around corruption more tangible factors such as an out of date mining code and uncertainties over the fiscal regime needed to be addressed. The widely acknowledged disorganisation in government regulation also needed to be dealt with. The presentation by one mining company already operating in Zimbabwe listed the need for such companies to deal with 35 Acts of Parliament, 45 Statutory Instruments and 15 Ministries. The presentations by various government representatives, including in particular the new Minister of Mines pointed to a determination to deal with this but clearly it will take time.

Of significant interest to the international investment community is the current position in connection with the availability of foreign currency. The difficulties experienced by Zimbabwe in this respect are well documented. While procedures do exist for the granting of consent to the remission of foreign currency offshore the widespread belief at the conference was that the restrictions need to be significantly alleviated before offshore investors would have sufficient confidence to invest in depth. While the government acknowledges the issue there was little by way of a concrete plan to resolve the same. Of course much revolves around the general condition of the local economy. The current three month amnesty for nationals to return currency illegally remitted abroad in the past may assist.

The conference heard much about the role of the SME community - a part of the industry widely regarded as its engine room for the foreseeable future. The SMEs have also struggled to raise capital. It is difficult to see that they will be an immediate target for offshore investors so much will depend on increased liquidity in the local market as well as funds from international and Africa based agencies and access to official lenders. The default by Zimbabwe in the repayment of existing debt outstanding to certain such entities does though create some obstacle in accessing the same

The conclusion must be that a new constituency of investors do see the potential for the mining industry in Zimbabwe. However they equally need to see solid evidence of change in the local operating, fiscal, regulatory and financial environment before the inflow will come in the required volume. Zimbabwe is certainly open for business again but so are the economies of many competing countries.