Glencore Takes Over Operation for Rio Tinto at Clermont Coal Mine 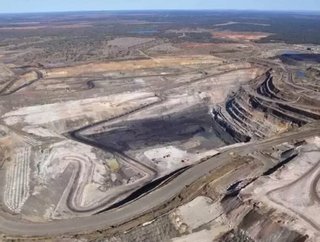 Mining giant Glencore has officially taken over management of the Clermont coal mine in Queensland, Australia after completing the $1.015 billion acquis...

Mining giant Glencore has officially taken over management of the Clermont coal mine in Queensland, Australia after completing the $1.015 billion acquisition from Rio Tinto. Although the sale agreement was sign in October 2013, the two sides have been patiently awaiting certain regulatory approvals.

According to a Glencore spokesperson, the decision to purchase the Clermont mine reflected the company’s focus on developing high quality assets that complement existing operations and market capabilities.

"It is a producer of high-energy thermal coal, with minimal capital requirements," the spokesperson said.

In October 2013 when the deal was signed, Glencore coal assets manager Peter Freyberg said the company expects to earn an attractive financial return from the purchase.

"As well as being Australia's third-largest thermal-coal mine, Clermont is structurally low-cost," Freyberg said.

Glencore will now focus its attention on its new site and review operations to find synergies in production and marketing with its existing Queensland operations.

Opened in 2010, the open-pit mine currently produces an output of 12 million tons of coal annually. Glencore is expected to expand production to 165 million tons in the next 16 years.

With the purchase of Clermont, Rio Tinto chief financial officer Chris Lynch said the company will continue in the optimization of its portfolio.

“It also demonstrates our focus on strengthening our balance sheet and taking a disciplined approach to allocating capital across the group,” Lynch said.