Gold exploration to resume at NQ Minerals' mine in Australia 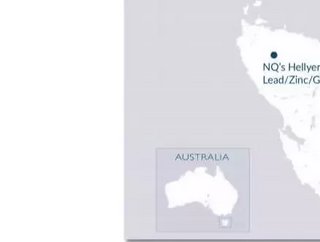 Beaconsfield approval marks an important milestone in bringing this historic gold-rich property back on stream...

UK and US-traded NQ Minerals reports that permission has been granted to start over 2 kilometres of surface trenching at its Beaconsfield Gold Mine in northern Tasmania.

The company will identify near surface gold deposits to add to the Beaconsfield’s estimated 483,000 ounces of JORC (2012) compliant Mineral Resources (1.454Mt at 10.3 grams per tonne).

"Having acquired Beaconsfield in June 2020, we see scope to identify new and significant shallow ounces of gold that will be incremental to the already known JORC compliant reserves of nearly half a million ounces.

"The resumption of gold exploration kick-starts an exciting new era at Beaconsfield, with the trenching programme being a precursor to a follow up RC (Reverse Circulation) drill programme, which the Company is aiming to start this quarter.”

In addition, the company is completing the final stages of Metallurgical optimisation on the surface stockpiles material within the mining lease, which is now estimated to have 120,000 tonnes grading 3.2 g/t Au.

This optimisation work has been undertaken to provide specific detail for the Beaconsfield gold plant refurbishment design and engineering, and is expected to be completed by the end of this quarter.

In May 2017, NQ Minerals acquired the Hellyer Gold Mine in Tasmania which has substantial reserves of high-grade zinc, lead, copper, silver and gold.