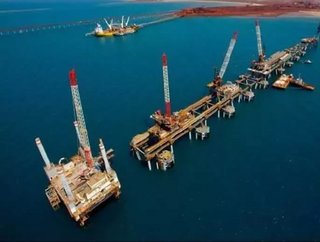 Tempo received an extension with Rio Tinto at its 353 million ton per annum Cape Lambert Port B Expansion Project in the Pilbara region of Western Australia. The $13.4 million contract will see Tempo provide structural, mechanical and piping miscellaneous works as well as commissioning support for Rio Tinto’s expansion work at the port.

RELATED TOPIC: Australia is primed to cash in on uranium

It is Tempo’s first major contract with Rio Tinto.

“We’re pleased to have been given the opportunity to execute the miscellaneous SMP and commissioning support works at Cape Lambert,” said Tempo general manager Daniel Hibbs.

Tempo reported sales receipts of $15.3 million and operating cash flows of $1.9 million during the June 2015 quarter. Established in 2011 to provide Structural Mechanical Piping (SMP) services to the mining, oil and gas sectors, Tempo works with clients to execute projects safely and deliver them both on time and within its budget. RELATED TOPIC: Rio Tinto aims to cut costs by $1 billion but how?

In addition, the change to Tempo’s existing sub-contract at Chevron’s Gorgon Liquefied Natural Gas (LNG)Project on Barrow Island in Western Australia refer to the arrangement of Managed Structural, Mechanical and Piping, Electrical & Instrumentation (SMPE&I) craft labour for construction, pre-commissioning and commissioning services to the Mechanical, Electrical and Instrumentation (ME&I) contractor on the project.

“The award of these major contract extensions in what continues to be challenging market conditions demonstrates and showcases Tempo’s ability to provide our portfolio of bluechip clients with solutions based on our core values of productivity, performance and safety, and we look forward to continuing to build long term relationships with these key clients,” said Carmelo Bontempo, executive chairman of Tempo Australia.

With the secured variations, nearly 400 Tempo employees are now on site at the Gorgon Project. When the contract was initially granted in May 2015, there were 100 members of personnel on the grounds.

The $55 million project is about 90 per cent complete, but is still months behind schedule. Chevron’s goal was to ship its first LNG cargo by the end of 2015, but acknowledged it may not happen until 2016.