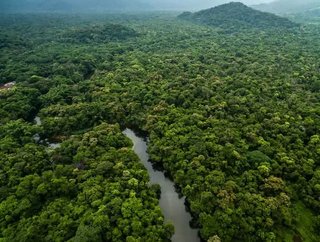 A mine operator with the biggest and most advanced platinum group metals project in South America, has upgraded its mineral resource as it looks to enha...

A mine operator with the biggest and most advanced platinum group metals project in South America, has upgraded its mineral resource as it looks to enhance its project economics.

Jangada Mines, owners of the Pedra Branca PGM project, has announced this week that it has made a “substantial” increase to the JORC compliant mineral resources at the site.

The project, which is the largest and the most developed PGM project in South America, consists of three mining licences and 43 exploration licences covering an area of 50,000 hectares.

The resource upgrade comes after an evaluation of the company’s Santo Amaro prospect.

Jangada has reported a 50% percent increase in the global ore volume, which now stands at 34.5 million tonnes.

The company has also revealed that it has six more known targets still to be evaluated, leaving room for potential further increase in the near future.

Brian McMaster, Executive Chairman of Jangada, said: "The increase in the JORC resource by half a million ounces of PGMs and the strengthening of major base metal credits including nickel, copper and cobalt, all significant commodities in the electric battery economy, are expected to have a major material impact on the already positive economics of Pedra Branca.  Importantly, we have a further six known targets to explore which, with the overall district expansion potential, translates to Pedra Branca being potentially much larger and of significantly greater value than originally anticipated.

"With the increase in scale and the realisation of significant base metal credits, we have been working hard to understand the Project's true potential and its optimal development path.  Metallurgical test work including flow sheets will be published imminently, which will be closely followed by the publication of further technical assessment.

"We believe this is an industry important project given that it's not located in the increasingly expensive, and geopolitical turbulent, historical areas of PGM exploitation; and it has scale, grade and credits.  We are therefore excited about its development path and look forward to quantifying further value, which has already been transformed since listing."