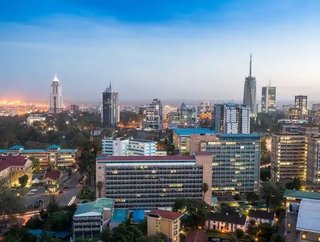 Kenya looks set to bid to be the host for an initiative designed to bridge the gap between the lucrative mining industry and the economic benefits it ca...

Kenya looks set to bid to be the host for an initiative designed to bridge the gap between the lucrative mining industry and the economic benefits it can bring to the African continent.

Mining Cabinet Sectretary Dan Kazungu has said that he is optimistic that Kenya is well placed to win the bid to host the African Minerals Development Centre (AMDC), which is currently hosted at the African Union Headquarters in the capital of Ethiopia, Addis Ababa.

“In 2016, the cabinet gave the green light for Kenya to formerly bid to host the African Union’s AMDC the top mining policy body in Africa and Kenya has set aside USD $1Million in the 2016/2017 financial year budget,” said CS Kazungu.

Africa is well endowed with mineral resources and has a long history of mining, but the problem lies with reaping the economic developmental benefits from these resources. Historically, the integration of Africa’s mining sector into national economic and social activities has been weak.

This is where the AMDC comes in.

Base Titanium: Kenyan mining on the rise

Established by the African Union Heads of State and Government, the AMDC was designed to provide strategic operational support for the Africa Mining Vision and its Action Plan.

Working with a number of member states, AMDC promotes the “transformative role of mineral resources in the development of the continent through increased economic and social linkages.”

Another key objective for the centre, is to contribute to the fostering of a highly skilled and knowledge-driven mining sector which delivers greater economic and social benefits as a result of high productivity levels.

Before any decision is made on the bids, and according to the hosting criteria adopted by the African Union heads of state in 2005, the hosting country should ultimately meet requirements such as a conducive political environment and adequate logistical facilities.