Sherritt International: A CEO’s view on the EV supply chain

By Daniel Brightmore
May 31, 2021
undefined mins 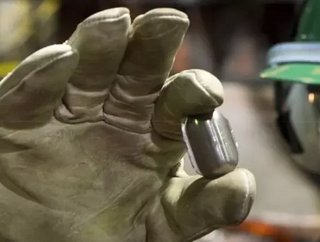 Canada needs a better strategy to build up an electric vehicle supply chain and become a North American battery hub that takes advantage of a global push toward cleaner energy.

That’s the parting advice Sherritt International’s outgoing CEO David Pathe has for the Canadian government and an industry set to disrupt everything from mining to automaking, reports Bloomberg.

“Canada as a whole, with some leadership from the federal government, needs to be more strategic about how we develop that industry from a national industrial policy perspective,” Pathe said in an interview. “It takes more coordinated policy from the government to bring all the pieces together because it needs more than just raw materials.”

Canadian Prime Minister Justin Trudeau has touted Canada as having potential to be a global leader in making batteries for electric vehicles, electrification, and clean technology. The federal government has made investments in projects including a Quebec battery pack assembly plant and Ford Motor Co.’s upgrade of an Ontario facility to make electric vehicles. Resource-rich Canada also boasts deposits of key battery metals including lithium, nickel, cobalt and copper, and plenty of cheap renewable energy.

“Historically Canada has been a supplier of raw materials to the world - I think Canada can aspire to be more than that,” said Pathe, who hands over the top job at the Toronto-based nickel producer to Leon Binedell in June.

“There’s a role to be played between the government and bringing all the participants in the industry” from project developers and miners, to technology and research firms and processors to identify “bottlenecks” and help foster an EV battery industry. While three automakers recently announced big electric vehicle investments in Ontario, Canada’s most populous province, the global auto industry and equipment manufacturers have relied heavily on Chinese companies to supply batteries and raw materials such as nickel and cobalt. The coronavirus pandemic highlighted the importance of securing supplies on a regional level and further strengthen western countries’ desire to end reliance on China.

President Joe Biden signed an executive order to review US supply chains to ensure reliability for crucial goods in late February. The review covers chips along with large-capacity batteries, pharmaceuticals and critical minerals and strategic materials like rare earths.

Green-car pledges from automakers means there’ll be surging demand for nickel used in the batteries needed to wean the world off fossil fuels, and the metal has to be produced in an environmentally friendly way. Demand for battery-grade nickel is expected to be 16 times higher by 2030, according to BloombergNEF analysts.

“Higher prices is the only thing that’s going to spur the kind of supply reaction the world needs to come anywhere closer” to meeting demand from EV adoptions in the next decade, Pathe said.