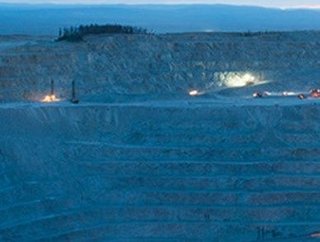 Earnings from mining operations before depletion was $43mn and cashflows provided by operations were $52mn for the quarter.

Stuart McDonald, President and CEO, said copper markets continue to be robust and Taseko's realised copper price of US$4.59 per pound and sales volumes of 27mn pounds drove strong financial results in the quarter.

"Production of 21mn pounds of copper and 236,000 pounds of molybdenum was on plan, as development of the upper benches of the Gibraltar pit progressed," he said.

"The Gibraltar pit will be the primary source of ore for the remainder of this year and grade and continuity of mineralisation are expected to gradually improve as mining advances to deeper benches."

Softer ore in the Gibraltar pit is allowing for increased milling rates, in line with expectations and historical performance, he added.

Taseko is the owner (75%) and operator of the Gibraltar copper-molybdenum mine, located in south-central British Columbia, the second largest open pit copper mine in Canada and the largest employer in the Cariboo region.

McDonald said it is seeing some inflationary pressures on certain input costs, most notably higher diesel prices, which contributed to an overall 9% (or $7 million) increase in total site costs at Gibraltar this quarter. Operating margins are expected to improve as copper production increases over the remainder of the year.

In March, it announced a new 40% larger mineral reserve for Gibraltar, extending the mine from 16 to 23 years. The new reserve has the same average grade as the previous, but with a slightly higher strip ratio in the latter half of the mine life.

"At Florence Copper, we are still waiting for the draft Underground Injection Control permit to be issued by the US Environmental Protection Agency, which will initiate the 45-day public comment period," he said.

"This process is taking longer than expected, but we are in regular contact with the EPA who continue to confirm that the process is advancing towards the issuance of the draft UIC permit shortly. During the first quarter, we spent a further $25mn on procurement of long-lead time items and other pre-construction work. We are well positioned to move into the construction of the commercial production facility upon receipt of the final permit."