By Daniel Brightmore
May 14, 2021
undefined mins 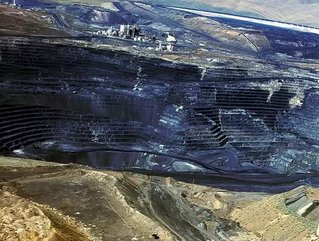 Newmont was founded by Colonel William Boyce Thompson in 1921. Celebrating 100 years since its early beginnings in mining in California, Newmont grew to become a geographically diverse and diversified mining house headquartered in New York.

Newmont is the world’s leading gold company and a producer of copper, silver, zinc and lead. A world-class portfolio of assets, prospects and talent is anchored in favourable mining jurisdictions in North America, South America, Australia and Africa

Following international expansion and series of transformational mergers and acquisitions, today, Newmont is the world’s leading gold mining company with 12 operating mines and two joint ventures, all in top-tier jurisdictions.

“It’s an honour to lead Newmont Corporation at such a pivotal time in our history. This milestone offers us a clear moment in time to celebrate our achievements and reflect as we move into the next 100 years of mining,” commented Tom Palmer, President and Chief Executive Officer of Newmont.

“Throughout our history, Newmont has been a catalyst for change. With a vibrant history, we have transformed; embracing new jurisdictions and innovative technologies. None of this would have been possible without our people, who have consistently risen to the challenge. I am excited about the strength and stability of our portfolio, the capabilities of our workforce and the opportunities we have in front of us.”

A truly global company with more than 14,000 employees around the world at its 12 operating mines, Newmont’s organic pipeline is the best in the industry, all underpinned by the Company’s clear strategic focus, proven operating model and superior execution. Recognized for its commitment to health and safety, Newmont is an industry leader in environmental, social and governance (ESG) practices.

The company continues to spur change with its climate change targets to reduce carbon emissions by 30% by 2030 and aspirations to be net carbon zero by 2050. With these targets and its culture of superior operational and project execution and focus on delivering sustainable shareholder returns, Newmont looks forward to continuing to deliver on its purpose to create value and improve lives through sustainable and responsible mining. Newmont’s CIO Luis Canepari revealed how, with the help of partners like IBM, his team is championing the company’s digital transformation efforts as it seeks to embrace automation and electrification.

In an exclusive interview with Mining Global Canepari noted that, compared to other industries, mining has been slow to adapt to new technologies. He pledges Newmont is aiming to rethink the mining lifecycle.

“We’ve had a huge success with our first electrified mine at Borden, and we’re taking all the lessons learned from projects like these, and making them part of our Newmont mining model. Every new mine we're building, we're trying to re-create that digital transformation experience from our other mines.”