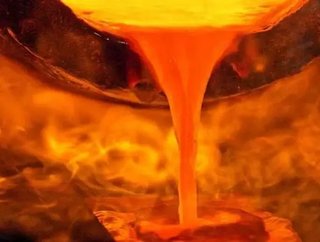 The talks involve Africa’s top bullion producers AngloGold Ashanti, Sibanye Gold and Harmony Gold as well as two smaller miners. Four labor unions, representing more than 80 percent of the country’s gold workers, were included in discussions on Monday, including the two largest -- the National Union of Mineworkers (NUM) and the Association of Mineworkers and Construction Union (AMCU).

The NUM is reportedly seeking wage increases of 80 percent for entry level pay while the AMCU is demanding pay to more than double to US$1000 per month for entry level workers.

According to The Wall Street Journal, the average entry-level gold miners who works as deep as four kilometers underground makes just under US$495 a month.

The wage negotiations come at a time when the industry is grappling with struggling prices for the precious metal, falling production and rising operating costs. Union strikes could cause detrimental damage.

“We want to start a conversation with the leaders of organized labor and our employees that will lead to the sustainability of the gold industry for decades to come,” Graham Briggs, chief executive at Harmony Gold, said in a statement released by the Chamber of Mines.

"I don't think the country can afford to lose jobs, but we can't afford to continue to operate at a loss," said Briggs.

“As leaders we need to place the viability and sustainability of our industry and the jobs it provides at the center of our discussions.”

The first round of negotiations will be held until Wednesday with three more days scheduled for next week.