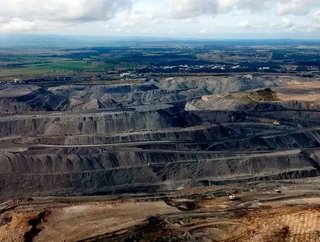 The Mining Association of Canada (MAC) has released its annualFacts &amp; Figuresreport, focused on providing a comprehensive overview of current trends...

The Mining Association of Canada (MAC) has released its annual Facts & Figures report, focused on providing a comprehensive overview of current trends in Canada’s mining sector.

With growing demand for minerals and metals, and with Canada being a global leader in responsible mining practices, MAC asserts the time is right for the industry to fulfil its potential as a dominant mining nation.

“Around the world, countries want Canadian investment. They want us for how we go about our business, how we work with communities and raise standards,” said Pierre Gratton, MAC’s President and CEO.

“Canada is one of the safest jurisdictions for mining in the world, and we are recognised for bringing these standards, particularly through our Towards Sustainable Mining initiative, and practices wherever we go.”

Highlights from the Facts & Figures report include:

New Century Resources: a vision for sustainable mining through a different lens

With this good news also comes the need to focus on where the industry still has room to improve and while Canadian mining’s year-over-year competitiveness metrics have improved, they remain depressed in some areas:

“As I look to the new Parliament, I see an opportunity to work with government decision makers from all parties to ensure mining is prioritized. The prospects for Canadian investment, and for making a tangible difference in Canada’s attractiveness for new mine investment, have become a lot better,” concluded Gratton.

“We feel energized by a number of recent commitments pertaining to mining, including in Prime Minister Trudeau’s most recent Mandate Letters to his Cabinet, the Canadian Minerals and Metals Plan and the new Canada–U.S. Joint Action Plan on Critical Minerals Collaboration, all of which bode well for our industry. If we seize these opportunities effectively, a new era may well be upon us, one we haven’t seen in many years.”