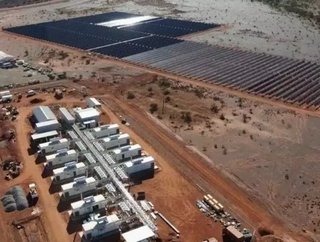 Global distributed energy producer EDL has switched on its 23MW power station that integrates photovoltaic solar with gas and diesel generation to power...

The move completes the first stage of one of Australia’s largest hybrid renewable microgrid projects.The isolated gold mine in Western Australia plans to become the first in the country to get its power from combined wind and solar generation on site, as projects increasingly look to co-locate the two technologies as a way to overcome intermittent renewable power.

Stage one of the hybrid renewable project was officially opened this week with stage two, featuring five wind turbines and batter storage, set to provide the mine with over 50% renewable energy.

Chile's Zaldivar mine to operate with 100% renewable energy

EDL CEO James Harman said he was proud to partner with Gold Fields on the landmark project. “With this project, EDL and Gold Fields are leading the way towards clean, renewable energy to power remote, off-grid mining operations without compromising reliability or power quality.

“The power station we are officially opening today integrates 4MW solar generation from our new solar farm and is underpinned by 19MW of gas and diesel generation. It will soon include other renewable energy technologies coming online in the next stage of the project.”

Gold Fields Executive Vice President, Australasia, Stuart Mathews, commented: “This is a significant milestone for both the Agnew gold mine and the broader Gold Fields Group, demonstrating our ongoing commitment to strengthening our energy security, optimising energy costs and reducing our carbon footprint through the adoption of new technologies. We are hopeful that this will also enable other companies to consider the options for decarbonising their operations.”