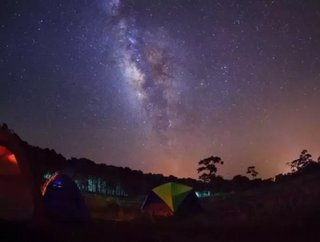 Have you heard of the space mining industry? You most likely havent. And while it is in existence, its been noted by Forbes as being more of a concept t...

Have you heard of the space mining industry? You most likely haven’t. And while it is in existence, it’s been noted by Forbes as being more of a concept than an actual industry. However, big news has recently hit the “industry.” And this news has everyone talking!

RELATED TOPIC: [INFOGRAPHIC]: Moon mining: How it could work

This past weekend, a large asteroid passed by Earth and is believed to be worth quite a fortune—even more than the entire economy of Japan. Specifically, the platinum core of the asteroid could be worth over 5 trillion dollars.

Known as “Asteroid 2011 UW158,” the asteroid was just 1.5 million miles from our planet, which means that it was about six times further out than the moon, but still closer to Earth than planets Mars and Venus.

Again, according to Forbes, Planetary Resources could potentially be in a position to exploit various opportunities of the asteroid. You may recall that Planetary Resources deployed its first spacecraft from the International Space Station just this week. This spacecraft will test some of the basic technologies that may later be used in a space telescope to help spot potential asteroid mining targets.

When referring to the asteroid, it’s been described as a “prime example of an asteroid Planetary Resources will aim to mine in the future.”

Furthermore, NASA seems to be interested in what sort of resources near-Earth asteroids may hold for future missions. The company is even currently planning a so-called “asteroid redirect mission” in which a robotic craft will grab an asteroid or part of one before moving it into orbit around the moon. Then, the asteroid can be visited in person by astronauts for research purposes.

However, all of these plans are for the future. While NASA is several years away from being able to send equipment to a nearby asteroid, at the moment, it seems that mining for water could be the appropriate route to take. Mining for water could be a valuable resource that is needed for further space exploration and could even assist with building out the infrastructure that is needed to get space mining up and running.