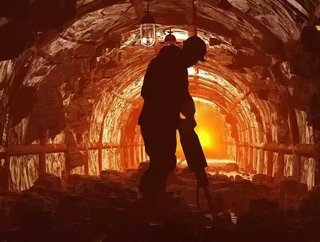 A Canadian mining company with three principle projects across Southern Africa has received a multi-million dollar strategic investment by a major Chine...

A Canadian mining company with three principle projects across Southern Africa has received a multi-million dollar strategic investment by a major Chinese metals company, as the company continues a strategic growth plan.

Ivanhoe Mines has announced this week that a C$723 million ($560 million) strategic equity investment by the China-based CITIC Metal has been completed.

Announced three months ago, the investment is described as an “integral part” of Ivanhoe’s long-term strategic corporation and investment agreement with CITIC Metal.

“For more than 15 years, we have been mutually building the foundation for a long-lasting and trust-based relationship with CITIC,” said Robert Friedland, Founder and Executive Co-Chairman “We first formed a strategic alliance with CITIC in 2003 and since then have worked together to deepen our understandings of each other’s values, strategic priorities, and operating and financial capabilities.

“After a period of extensive due diligence and multiple site visits, we are delighted to welcome CITIC Metal Africa as our new, largest shareholder. CITIC’s leaders have reviewed hundreds of mining projects around the world, helping them to fully appreciate the world-scale significance of our three tier-one projects, and the opportunities and challenges that lie ahead as we move forward with our ongoing mine developments and exploration programs.

“We are confident that the CITIC Metal Group has the experience, financial resources – and a shared commitment to our objectives – to greatly assist us as we advance our projects to production, creating value for Ivanhoe’s stakeholders in the Democratic Republic of Congo and South Africa, and our international shareholders.