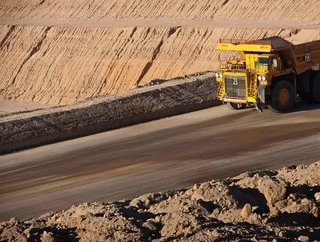 A joint venture mining operation, located in Argentina, has announced that it has received the all-important EIA approval. SSR Mining Inc, in a joint v...

A joint venture mining operation, located in Argentina, has announced that it has received the all-important EIA approval.

SSR Mining Inc, in a joint venture with Golden Arrow Resources, has announced that the Chinchillas property has received approval from the Argentine regulatory authorities.

Chinchillas is part of the JV Puna Operations, which consists of the Chinchillas property as well as the Pirquitas property.

The Chinchillas property is a silver-lead-zinc deposit located in the Jujuy Province, Argentina.

The Chinchillas project has low capital intensity with an estimated $81 million capital costs, based on initial capital expenditures and utilizing certain property, plant and equipment from the Pirquitas property.

Paul Benson, President and CEO said, "Receipt of the EIA approval is another positive step forward for our growth strategy. Our team can now accelerate development and construction activities to begin processing ore in 2018. Brownfields development of Chinchillas is a low capital, short payback opportunity to create value and growth for our shareholders in the near term."

“The EIA permit represents a very important step for the Puna Operations joint venture partnership, paving the way to extract Chinchillas ore integration with the Pirquitas mill for processing in 2018.” Stated Joseph Grosso, President and CEO. “2017 has been a significant year that saw the combination of assets that has decades of production potential. Additionally, as a second shareholder value stream, Golden Arrow will continue exploration on the permitted Antofalla Project, a Chinchillas-like project, and on Pescado – all funded by new risk capital through New Golden Explorations Inc.”