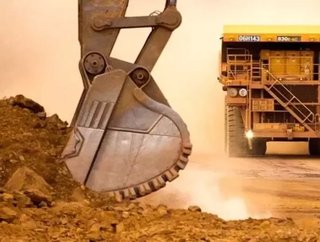 The nightmare for iron ore just wont end as prices for the steel-making ingredient have now fallen below $50 a ton, the first time since April 16.Accord...

The nightmare for iron ore just won’t end as prices for the steel-making ingredient have now fallen below $50 a ton, the first time since April 16.

According to Metal Bulletin Ltd, ore with 62 percent content deliver to Quingdao sank 5.1 percent to $49.60 a dry ton on Tuesday. The index has now fallen for the ninth consecutive days, the longest losing streak since August 18 to 29 last year.

Swiss investment house UBS believes the demand for steel in China has peaked and prices will dip as low as $45 a ton in the second half of 2015.

"We think that there's been too much construction of residential apartments in China," said UBS global commodity analyst Daniel Morgan, who believes extra supply coming to the market later this year will continue to push down prices.

"We've got Roy Hill coming to the market in the second half of early next year, so we think there's a bit of a short-term uplift and it should fade from here.”

Nothing left to cut

The last few months has seen the majority of iron ore mining companies desperately making cuts to reduce operating costs in order to push their break-even price as low as possible. While the last few months has given most miners, including Atlas Iron, breathing room with prices hovering above $60 a ton, many analysts agree it won’t last long.

Earlier this year, Atlas Iron briefly suspended operations at some of its mines when iron ore prices hit $46 a ton. With some assistance from its contractors, the miner was able to resume operations the following month.

David Flanagan, chief executive officer of Atlas Iron told shareholders last month the company could now ride out iron ore prices as low as $45 a ton. Before the shutdown, its break-even price was around $60 a ton. Through its agreement with its contractors, this has been lowered to around $US50 a ton.

USB estimates of break-even prices of BC Iron at $52 a ton, Mount Gibson at $49, and Fortescue Metals Group at $44 a ton.