Sandvik introduces Nokia 5G wireless at test mine in Finland 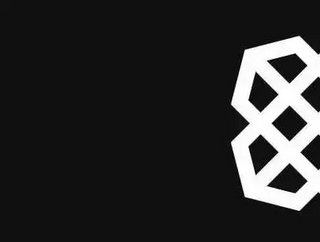 Sandvik Mining and Rock Technology, a division of the Swedish engineering company Sandvik AB, is launching a Nokia 5G network at its test mine in Finlan...

Sandvik Mining and Rock Technology, the mining equipment division of the Swedish engineering company Sandvik AB, has announced that it is launching a Nokia 5G private wireless network at its test mine in the Finnish town of Tampere.

The facility in southern Finland is a controlled environment where Sandvik Mining and Rock Technology develops and tests the company’s new mining solutions, before the final products are released to Sandvik’s customers worldwide. The mine’s new wireless network, based on Nokia’s Digital Automation Cloud (DAC), will provide a significant upgrade to voice and video communications between technicians working underground and the above-ground control centre. The ‘plug and play’ 5G DAC network, which allows its users to securely collect and process data, will also be available at the test mine’s on-site training and analysis centres.

Sandvik Mining and Rock Technology’s President of Rock Drills and Technologies, Patrick Murphy, feels that the introduction of Nokia 5G at the test mine is a significant step in the development of mining technologies: “By deploying a Nokia 5G SA private wireless network with Nokia Digital Automation Cloud, we can trial and showcase an entirely new range of game-changing products and capabilities here in our Tampere test mine.

“As we work with our customers to help them leverage technology to digitalisze their operations, the introduction of 5G opens the door to new opportunities in robotics, remote and autonomous operations, full-fleet automation, analytics and enhanced safety. As such, it comprises a breakthrough in the digital transformation of mining.”

Nokia is also confident that its wireless network has the potential to take the mining industry forward. Stephan Litjens, the General Manager for Nokia Digital Automation Cloud, commented: “It’s an honor to work with a world-class company such as Sandvik on leading-edge digital automation solutions for the mining industry. With 5G SA, its high speed, low latency performance and edge computing, the next steps on this journey can be taken.

“Through our plug-and-play Nokia DAC platform we’re supporting Sandvik to realize not only its own digital transformation goals, but also those of the wider industry as it continues to deliver value to mining customers worldwide.”