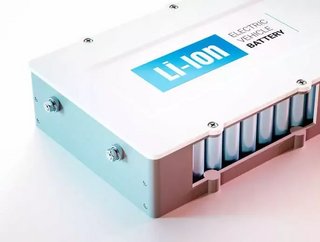 Mining Global brings you the lowdown on the latest trends in the battery metals market from TechMet CEO Brian Menell offering his predictions for the fu...

Mining Global brings you the lowdown on the latest trends in the battery metals market from TechMet CEO Brian Menell offering his predictions for the future production of tech commodities.

“We are currently experiencing an epic supply/demand dislocation between exponential growth, and demand for lithium-ion batteries for electric vehicles and renewable energy systems, coupled with a lack of efficient scalability of the sources of supply for key ingredients.”The verdict on the state of the market for battery metals, from TechMet CEO Brian Menell, hits home when he likens the current impasse to a scale not seen since the impact of the Industrial Revolution, when the demand for coal and iron ore skyrocketed. It represents an unprecedented value creation opportunity as the global adoption of new technologies ramps.

Menell notes that China has led the way, executing a 15-year program to secure control and dominant positions in the pipeline of supply of the key strategic metals. “It now commands over 90% of global rare earth supply; around 65% of global cobalt supply; nearly 80% of processing capacity in cobalt intermediate products; in excess of 50% of global lithium supply and processing; 70% of tungsten and 75% of natural graphite.” It’s the backdrop of this geopolitical context which has triggeredthe proliferation of companies like TechMet investing in the pipeline of supplies and materials. It’s fast becoming a high priority, particularly in Washington and Tokyo, where it’s recognised there are national security implications that come with China’s dominance. The likes of Tesla and Panasonic increasingly look to China for raw materials, heightening what Menell calls “an enormous sense of vulnerability” driving the escalation of global trade disputes.

Menell highlights the extent to which companies in the tech metals space can add value by having high environmental and social impact governance standards and capacity goals. “Products go through a value pipeline to consumer goods, which are increasingly scrutinised and potentially disrupted as a result of speculation of the ethics of origin of materials,” he explains. “We can add value to our products by being highly sustainable and ethically governed, maintaining stronger positions in a country by operating in a responsible manner.”

In order for the supply of key metals not to be a massive constraint on the scale of adoption of new systems globally, a lot more money needs to be spent on developing new resources and processing capacity stresses Menell. “The majors, with the exception of Glencore and its strong cobalt position in the Congo, are exclusively looking at lithium. The problem with rare earth, tungsten, tin, vanadium… you can't deploy a billion dollars so it's never going to move the dial for the likes of Rio Tinto and Anglo. They have ignored these minor metals because they can't achieve scale - even though they will become increasingly vital and much more lucrative.” He comments that development of the minor metals arena currently rests with poorly funded junior to mid-tier players who will struggle to develop the scale and supply the market demands.

“The US and Japanese governments need to do more to support and finance these initiatives in order to create supply and counter Chinese dominance,” advises Menell, who argues that thedata and analysis, combined with the efforts of emerging players like TechMet, now exists to help educate government agencies and secure their support. The mining industry will benefit further from greater collaboration between the battery makers and the manufacturers who need their products. The EV industry is realising scalability is dependent on reliable sources of supply and is waking up to the threat of massive constraints in the future.

What are Menell’s predictions for how this challenge can be overcome in a tough seller’s market where even the likes of VW have struggled to secure deals? “The problem for giants such as General Motors and BMW is that they don’t buy cobalt carbonate,” he explains. “They buy systems from battery manufacturers, who buy from cell manufacturers, who buy from cathode manufacturers… They're many steps removed in the pipeline between the end system integrator and the component manufacturers. But they will have to engage. Battery and vehicle manufacturers will start to invest in mining and processing, and secure long-term offtake and rights to product on behalf of their component manufacturers, in order to develop secure supply.”

Menell estimates that current projections for EV cells would require a tripling of global cobalt production by 2030. Despite the supply chain issues to be resolved he believes this forecast is conservative. “There are less than four million electric cars in use today, forecast to hit 140 million in ten years - but that will be massively exceeded. As you reach the tipping point of electric vehicles becoming cheaper, the life cycle of the vehicle relative to internal combustion engine vehicles, could mean, all other factors being willing, we could see 300 million electric vehicles in the world. Even with prices of key ingredients going up, unit prices for lithium ion batteries will still go down as we benefit from economies of scale, and manufacturer technology and design, so they'll become more and more competitive. The scale of lithium-ion battery manufacturing capacity growth is unstoppable with over $50bn of committed capital in the next three years to building new manufacturing facilities, of which probably two-thirds are in China, a third in the rest of the world. Allied to that, the scale of commitment on the part of global automakersto electrifying their fleet, in terms of capital commitment, R&D, product development, production capacity development, is over $300bn in the next 10 years.”

At a time of global transformation what other trends across the mining panorama will companies like TechMet need to respond to? “On-grid and off-grid battery storage to facilitate the next phase of renewable energy will grow sharply in the coming years,”predicts Menell, noting lithium-ion batteries are likely to be replaced by vanadium redox flow batteries and other alternative systems, creating another demand driver for metals companies like TechMet who mine, process and recycle. “Renewable energy systems themselves, such as wind turbines, will also drive demand for polar magnets and electric motors across those systems,” he adds. “Meanwhile, automation and robotics will boost demand for a number of minor and particularly rare earth metals as disruptive and globally transformative technological evolutions gather pace.”

Before we scale the heights of massive value creation in meeting EV industry targets for 2030, what are Menell’s predictions for market growth over the next 12 months? “I expect volatility following a recent speculative boom with respect to perceptions of value in cobalt and lithium, which went way beyond the short-term market realities, and therefore corrected way below the existing market realities, so at the moment some key ingredients like cobalt and lithium are much cheaper than they should be.” Menell believes this type of overshooting in one direction and then overcorrecting in the other will continue, particularly in such a rapidly evolving environment from a supply/demand point of view. He concludes: “Right now, most of these commodities are, in my view, ridiculously cheap relative to where they should be and where they will be in the next two, five, ten years, and that's good for companies like ours, engaging lithium projects and buying assets. Sooner or later the values of these commodities will rebound and there will be further volatility. Overall the opportunity is still compelling in terms of the short supply and exponential growth in demand of tech metals.”