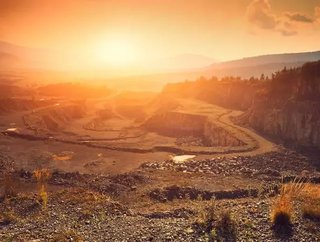 A Russian state-owned project is set to sign an agreement that will see the formation of a $1bn joint venture to invest in the Chinese mining industry...

A Russian state-owned project is set to sign an agreement that will see the formation of a $1bn joint venture to invest in the Chinese mining industry.

The Far East Development Fund, a state-owned foundation aimed at searching, structuring and implementing projects to significantly attract investments into the Far East, wil work alongside China Gold to invest up to $1bn into the mining sector.

"We and China Gold will create an attractive financial platform that private investors can take part in and make money," Alexey Chekunkov, head of the fund, said in an interview in Danang, Vietnam, where he attended an Asia-Pacific Economic Cooperation business forum. "Our first goal will be to invest in gold, precious metals and copper projects."

Although the details of the agreement have yet to be revealed, it is believed that it will be signed by the end of the year, signalling an initial fund of $500mn in 2018 and then future investments made beyond the end of next year.

Far East Development and China Gold will each invest $100 million, with a further $300 million from private investors, Chekunkov said.

China National Gold Group Corporation (hereinafter referred to as China Gold) is the only central state-owned enterprise in China’s gold industry under supervision of State-owned Assets Supervision Administration Commission of the State Council.