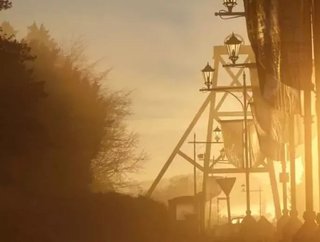 OceanaGold has announced that mining at its Waihi operation in New Zealand is set to continue for the next decade. An independent panel of commissioner...

OceanaGold has announced that mining at its Waihi operation in New Zealand is set to continue for the next decade.

An independent panel of commissioners, appointed by the Hauraki District Council and the Waikato Regional Council, have granted all resource consents for the historic Martha underground mine and resumption of mining operations from stage 4 of the Martha open pit, subject to the outcome of a statutory appeal period.

Mick Wilkes, President and CEO of OceanaGold commented: “These consents represent a great outcome for the company, the town of Waihi and for the region, as the extended mine life provides our valued employees and our shareholders with more certainty that mining at Waihi will continue for at least the next 10 years. Waihi has had a long rich history of gold mining that dates back to the 1800’s and since then over 11 million ounces of gold have been produced in the Coromandel.

“More recently, since 1988 when mining commenced at the Martha Open Pit, the Waihi operation has been a major employer in the region and has contributed a significant amount of socio-economic benefits while operating to the highest of environmental standards globally.”

OceanaGold Corporation is a mid-tier, high-margin, multinational gold producer with assets located in the Philippines, New Zealand and the United States. The Company’s assets encompass the Didipio Gold-Copper Mine located on the island of Luzon in the Philippines. On the North Island of New Zealand, the Company operates the high-grade Waihi Gold Mine while on the South Island of New Zealand, the Company operates the largest gold mine in the country at the Macraes Goldfield which is made up of a series of open pit mines and the Frasers underground mine.

In the United States, the Company operates the Haile Gold Mine, a top- tier, long-life, high-margin asset located in South Carolina. OceanaGold also has a significant pipeline of organic growth and exploration opportunities in the Americas and Asia-Pacific regions.