BHP in talks with Nutrien on giant potash mine 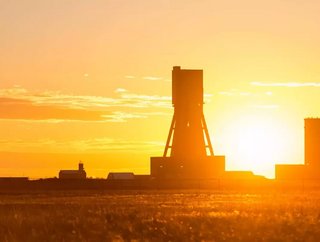 BHP Group is in talks with Nutrien Ltd. about a potential partnership in its massive Canadian potash venture as the world’s biggest mining company moves closer to a final decision on the project.

The two companies are discussing multiple options, including Nutrien becoming the operator and selling the potash through its existing channels, or the Canadian company taking a stake in the Jansen mine, according to people familiar with the matter. There is no guarantee the talks will lead to a deal, said the people, who asked not to be identified as the discussions are private, reported Bloomberg.

BHP has struggled with the Jansen project for years. Despite already spending about $4.5bn and digging two 1,000-meter (3,300-feet) deep shafts, the company has yet to approve its construction and has faced shareholder opposition, including from Elliott Investment Management. Still, BHP’s board is set to make a final decision in the coming months.

The miner has repeatedly said it’s open to bringing a partner into the project, especially one with expertise in the fertilizer market or potash. While that’s a product it currently doesn’t mine, BHP sees potash as a potential cornerstone of its future business. Spokespeople for BHP and Nutrien declined to comment.

“We continue to like potash. We think the long-term demand and supply fundamentals for potash are attractive,” BHP Chief Executive Officer Mike Henry said at a conference last week when asked about the project. “We’ve always said we’re open to partnering, but the project doesn’t need a partner to proceed.”

Should an agreement be reached with BHP, it would mark a sharp reversal in Nutrien’s attitude. The company has been an outspoken critic of the project for years, saying its development would flood the market with unneeded potash. Yet Nutrien’s tone has changed since Mayo Schmidt replaced Chuck Magro as CEO earlier this year.

The company - formed in 2018 from the merger of two large Canadian agriculture firms, Potash Corp. of Saskatchewan and Agrium Inc. — said this month that the market could cope with the tonnes from Jansen if mined in a “disciplined” way.

BHP, which tried to buy Potash Corp. in 2010, is expected to decide in the next few months on whether to approve a further $5.7bn in spending to bring Jansen into production.