IoT and data analytics: the mining of tomorrow 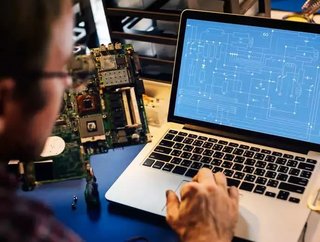 Historically, the mining industry has been one that lags behind other sectors when it comes to technology and innovation. The biggest buzzwords we hear...

Historically, the mining industry has been one that lags behind other sectors when it comes to technology and innovation. The biggest buzzwords we hear across industry today – artificial intelligence, automation, the internet of things – are all keywords that have moved beyond being the next big thing. There are numerous examples of automation and IoT active today in healthcare, supply chain and even construction, yet mining has still some major ground to make up.

Technological innovation in mining seems to be something just on the horizon, edging closer and closer, but make no mistake, conversations as to how the industry can embrace technology and innovation, are happening at the highest level more and more.

In 2017, a study revealed that 47% of mining organisations identified the monitoring of environmental changes as the number one priority for deploying IoT. In addition, 57% of respondents from the mining sector reported that the most “exciting innovation” that IoT will enable is improved environmental monitoring. The study was conducted by Inmarsat, a leading provider of global mobile satellite communications services and IoT solutions for a number of industry sectors.

“The mining industry has historically been a slow industry to change. I don't think anyone within the mining industry would dispute that. It's always been a little bit of a, well, we'll change when we need to,” says Joe Carr, Director of Mining at Inmarsat Enterprise.

“Now, when you look at mining industry companies, especially when you look at the majors – Rio Tinto, BHP, Glencore, the big miners of this world – they are fully focused on the technology, because they see the benefits and drivers that it brings.”

As Director of Mining, and a career that has seen him developing new technologies for mining companies, Carr has seen first hand how the industry is changing and how the mindset towards technology and innovation is changing with it.

One of the inhibitors, for lack of a better term, is that the industry is very much dictated by commodity cycles. Commodity cycles can make or break a mining organisation. To look at those major companies again – Glencore, Rio Tinto, BHP – these are companies that can survive the fluctuating commodity prices; it is the smaller-scale mining operators that feel the biggest impact. This, as Carr agrees, is something that does not help shake this historically sluggish profile of the industry.

“Right now, the industry is in a static place after coming out of a downturn in commodity prices,” he says. “But it’s at the back of everyone’s minds that in the next five to ten years, there may very well be a cyclical downturn again. That means as an industry, we need to position ourselves to be the most cost effective and productive as we possibly can, and embracing technology where we can, will only help us do that.”

This positive approach, afforded by that post commodity downturn feeling of security, shows an industry that is ready and prepared to embrace technology. The research by Inmarsat only goes to underline that. But the challenge now lies in the implementation, which actually presents an even bigger industry challenge.

“Do you have the skills, the actual front-line delivery? The skills gap has always been a problem within mining. I think as we push towards IoT there is going to be a greater problem,” he says.

The industry is willing to embrace technology, and in this instance IoT, that much is clear. Having the capabilities to do that is a challenge that the industry will only continue to face for the foreseeable future and there is one inescapable hurdle – risk.

In an industry that is driven and influenced by so many external and somewhat uncontrollable factors, be it commodity cycles or environmental disasters, it becomes easy to focus on controlling the factors that you have complete control over, namely budgets and CAPEX/OPEX. This is no different when it comes to technology. There is risk involved, risk of the technology not working and in fact proving to be a costly mistake.

“Mining’s funny in that regard,” jokes Carr. “In the pre-exploration stage, it’s very pro risk and very up for taking some chances in order to reap future rewards. There is a slip in attitudes when you get into an operational capacity and a budget capacity and a capex ongoing capacity. A lot of operational companies don't reward that risk in the sense of not putting the money out there to try, and then if they fail, learning from that failure. Mining is very much: ‘If we try it, it must succeed.’”

Carr believes that the pro-risk mindset that gets lost after the industry moves beyond that exploration stage needs to return in order for it to truly open up the possibilities that technology brings with it.

“It’s okay to innovate and it’s okay to fail, it’s learning from that failure that’s key. This is what Google and Apple and Microsoft do, and just look at how those companies succeed,” he says.

This anti-risk mindset is not the defining component of the entire industry. There are more and more companies, junior right through to mid-tier mining companies, taking on more technology, embracing innovation and truly taking the plunge and reaping those rewards.

This is exemplified by Inmarsat using its successful working with multiple industries, taking the lessons it has learned from success in the military and maritime sectors and looking at how it can apply and replicate this technological success in the mining industry.

Carr is keen to stress that there is high value in recognising synergies between industries, rather than looking to create something bespoke each and every time.

“That's where I think that viewpoint in mining has now changed,” he says. “Mining companies are looking at other industries and other players and saying, ‘What can we learn? Where can we take in that information?’ We are doing some incredibly exciting things with these other sectors and there is a direct applicability into the mining industry.”

The mining industry is still a relatively new avenue for Inmarsat. While the company has been actively working with mining organisations for a number of years, Carr firmly believes there is still a lot of opportunity to push the industry further. This is reflected in the way that it forms, develops and more importantly maintains relationships with key organisations in the mining industry.

“Everything we do, our focus is 100% on customer value, and that’s something that technology solutions providers must consider in this industry,” says Carr.

“It either has to be a safety value, it has to be a production value, or it has to be that we make the use of our technology is so seamless that the company says, ‘this is the way forward for us.’ If it doesn't meet one of those three criteria within mining, generally, when we're working with the mining companies, then it’s not going to work out.”

If there is one thing that is certain, through the research that Inmarsat has conducted to the technology practices that we are beginning to see across those major mining players, it’s that mining is changing and embracing technology.

It is, and may forever remain, a lagging industry when compared to the rapid pace in which other sectors innovate and evolve, but make no mistake it is innovating and evolving.

“I think where the industry's going to go in the next five to 10 years is taking lessons from that learning. They've spent a lot of money. Billions and billions of dollars have been spent in developing that key technology and its started to pivot out to the smaller mining companies and at different operations,” says Carr.

“As an industry, I firmly believe we're moving towards an age of taking bigger risks to reap greater rewards.”