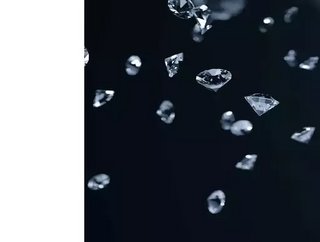 In a statement, Metelex says it has reached an agreement to acquire an interest in the 3,373-hectare Viljoenshof prospecting license from Invest in Property 126 (IIP).

The license area, within 30kms of the famous Kimberly Diamond Mines, is last known to have been explored by DeBeers in the 1960s, with two kimberlite pipes, two kimberlite dykes, and two kimberlites of unknown type discovered.

DeBeers had unsuccessfully applied for the exploration license over this area again in 2014, as IIP applied shortly beforehand and was awarded the license, the statement explains.

Indicator minerals collected from the kimberlite indicate that they contain rare G10-10 garnets, which support the presence of high-grade kimberlite, it adds.

The agreement with IIP entails a staged earn-in for Metalex, with the company set to first fund £12,348 to covert the prospecting license into a mining lease to acquire a 20 percent interest. ASR Consultants has already been engaged by Metalex to carry this out.

The next stage will involve Metalex funding an airborne geophysical survey and testing known kimberlites and new targets. Completion of this and a £7,485 payment to IIP will earn Metalex a further 15 percent interest.

The third stage will be the drilling of a minimum of 12 holes to test kimberlites which show economic potential. Completion of this work and the payment of another £7,485 to IIP will earn Metalex a further 15 percent interest, or 51 percent total interest.

For the fourth stage, Metalex will have to fund a bulk sampling of a kimberlite – this, along with a payment of £74,868 to IIP will earn it an additional 10 percent of interest (61 percent in total).

Once the feasibility study for the project has been completed, the company will earn a final nine percent interest – bringing its total interest up to 70 percent. Following a positive decision to proceed with mine construction, a further £74,868 will have to be made to IIP.

The joint venture will be subject to a 10 percent net profits royalty interest in favour of Verdi Farms trust, the statement adds.

“Metalex looks forward to advancing this sought-after project, located close to the first kimberlite mine in the world,” said Chad Ulansky, president and CEO of Metalex Ventures.